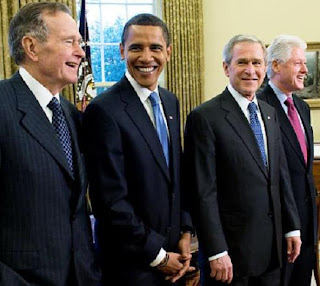 We had high hopes for Obama. He is a great speaker. Bush jr was too painful to listen to. He came across as an idiot and a liar. His family involvement in investment fraud might well explain that. Hilary is even worse. Bill Clinton on the other hand was much more personable. He was friendly and likeable. Yet his involvement with the drug smuggling out of Mena Arkansas showed us that he was no different. His connections to Bush Jr and Sr. showed he was part of the same cabal.

Obama on the other hand was an orator like Martin Luther King. He’s the kind of speaker that would warm your heart and bring a tear to your eye. Yet we have repeatedly seen how his words and his actions are two very different things. Not closing Guantanamo Bay is significant. Having the troops protect the opium fields in Afghanistan is astonishing. Back in the days of Iran contra they would hide their involvement in drug trafficking. Not any more. Now they claim if we won’t do it the Taliban will. Yet the Taliban brought Opium production in Afghanistan to a grinding halt right before the invasion. After the invasion, opium production in Afghanistan has steadily increased. Afghanistan has now returned to being the largest opium producer in the world. Just like George Bush Sr.’s heroin deals in Vietnam. George bush Sr. got the Agency addicted to trafficking drugs to fund their budget. Clinton and Obama have aggressively continued that tradition.

Operation Fast and Furious happened under Obama’s watch. Just like Operation Blade Runner under bush Jr before that. The fact that ATF agents were selling the Mexican cartel guns was big news when one of those guns was used to kill a US Border agent. The fine print in that story was that they brought in tons of cocaine into the country as payment. Just like what Barry Seal and Chip Tatum did for the Agency in Mena Arkansas. Ron Paul was well aware of it.

Guess who paid for Obama’s education? After graduating from Columbia University, Obama worked for a CIA front company called Business International Corporation (BIC). BIC was a CIA front company that used journalists as non-official cover (NOC) agents around the world. Obama’s previous work with the CIA would explain why he supports everything they do and has been a complete fraud with regards to correcting their corruption. Alex Jones produced a dvd on the Obama Deception. 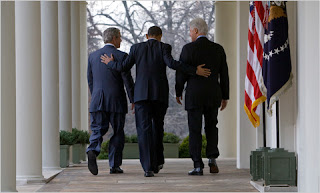